With a 100-gallon tank, there are different setups you can have. The two most common choices are a community tank (combine different fish species) and a species-only tank, depending on your budget, preference, and skills.

In this article, we’re going to list out the best saltwater fish for a 100-gallon tank along with their characteristics, price range, and whether they’re compatible with any other species.

As its name implies, puffers are able to puff themselves up to be nearly 2x their resting size for some reason: as a defense tactic or a stress response. By puffing up, they’re safe against potential predators.

Now, we’re talking about the elephant in the box – puffers are toxic and in some cases, they would prove fatal.

But can’t deny that this is a remarkably unique and beautiful fish that with good knowledge and searching, keeping them in your tank isn’t a big deal. The key thing is with a little bit of commitment and patience; you can confidently house these stunning creatures successfully.

Puffers are known for their signature four-tooth mouth construction and they love grazing the reef for foods. They eat a variety of flake foods, pellets, meaty seafood, invertebrates, and coral polyps. 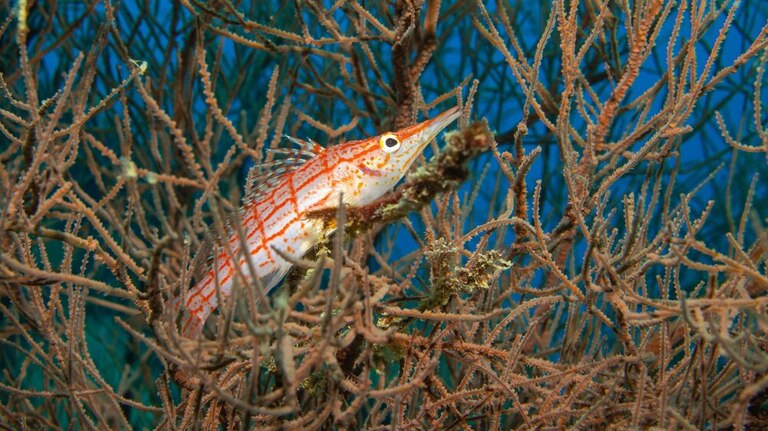 A fun fact is hawkfish is named after its unique hunting techniques which are similar to a hawk.

Their foods are commonly smaller fish, crustaceans, and crustaceans in the wild, which is the reason why it is almost always associated with coral reefs.

Whenever starting a hunting game, it will rest atop the highest spot on the coral reef and waiting. When a potential prey appears, hawkfish will then dive down and capture them. The genera of hawkfish are diverse but there are some popular ones that you’ll easily see in most local fish stores, like:

The size of each is varied, usually from 3” to 20” in an aquarium. A common feature to recognize them is hairs behind their nostrils and on the tips of their dorsal fins or cirri.

No distinguishing characteristics to distinguish between females and males so their breeding in a tank is indeed difficult. A 100-gallon tank can keep 2-4 hawkfish depending on the kinds you choose. In general, this fish is quite peaceful. 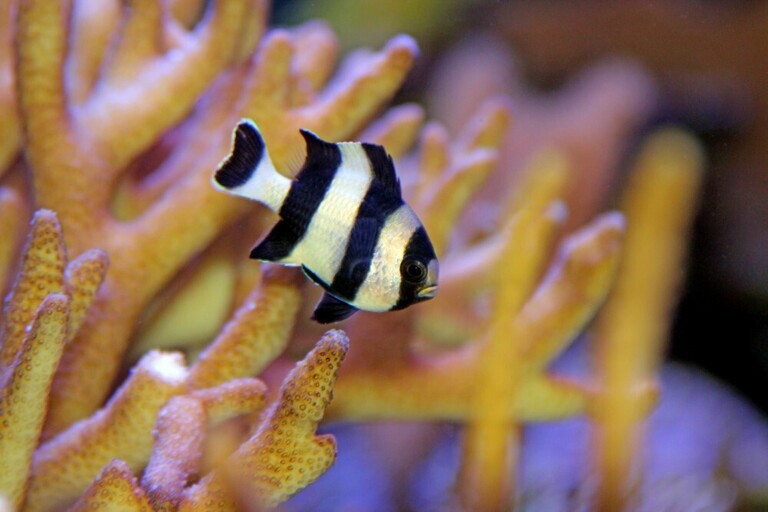 It was found in the Indo-Pacific and Atlantic oceans. Damselfish is varied in colors (different shades of blue, yellow, orange, and red), usually has forked tails and deep-bodied with interrupted lateral lines. Besides, it has only one nostril on each side of the head.

Damselfish comes in varying lengths and the longest is 15”.

Just like the two above, these fish like to grazing coral reefs for foods. While they’re known as omnivorous fish, their favorite preys are anemonefishes, small animals, and plant matter suspended in the water.

Some are even found to live among the stinging tentacles of sea anemones.

You should know that damselfish is aggressive and commonly strongly territorial but at the same time, they’re really fast and lively.

If your budget is tight, starting a 100-gallon fish tank with damselfish is a great idea. 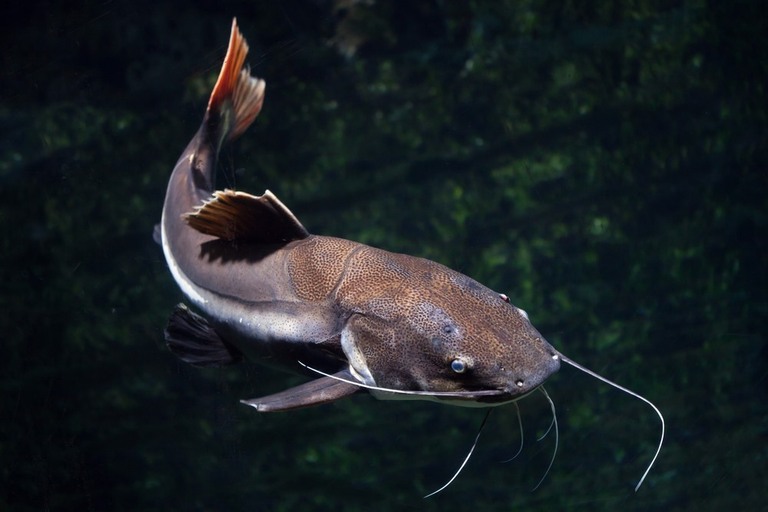 As there are 3000+ species of catfish found in most continental (except on Antarctica), available in both freshwater and saltwater, it’s easy to buy them in your local fish stores.

In fact, this is one of the most popularly adopted in the world.

Their colors are quite varied, ranging from yellow, tan, white to grey, silver, and green. The size ranges are also vast, within 0.39” to nearly 9’. The largest found weighs up to around 650 pounds.

To recognize catfish, look at their body. Most catfishes are covered with mucus, lack scales, have an elongated body, big flathead, and smooth skin with lots of taste buds. An interesting fact is these taste buds can detect chemicals in the water and immediately respond to the touch.

Another notable thing about catfishes is their barbels (or whiskers), up to 4 pairs, and this part is also the greatest concentration of sensory organs.

Their diet is commonly newts, frogs, worms, insects, and smaller fish. Depending on the species, they can live up to 20 years in the wild. 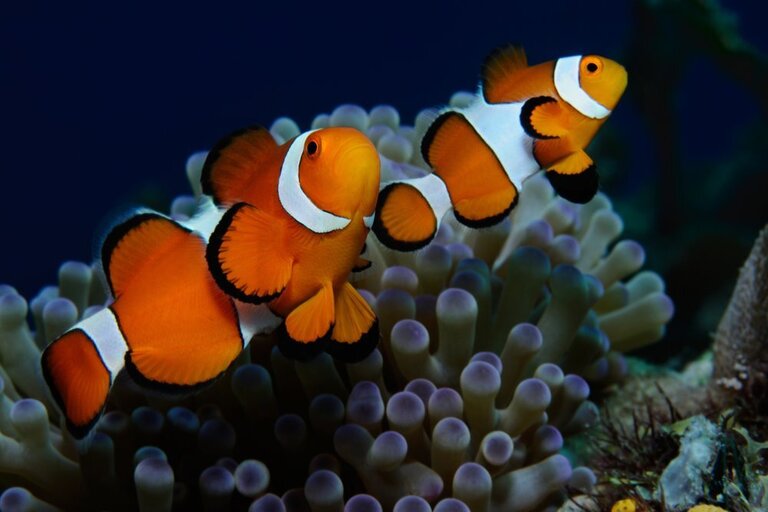 The name was originated from the sea anemones where clownfish make their homes. These days, there are 28 different species of clownfish with a wide range of colorways, such as brown, black, yellow, red, and pink.

They are commonly found in coral reefs in southern Japan, Southeast Asia, and the coasts of Australia, and often live around certain kinds of anemones, creating a symbiotic relationship.

Clownfish are known as omnivores fish, which means they can eat both plants and meat. The most typical foods are small crustaceans, worms, zooplankton, and algae.

Above are the 5 best saltwater fish for a 100-gallon tank in varied price ranges, sizes, and requirements. Hopefully, these pieces of information have been helpful to you. Thanks for reading! 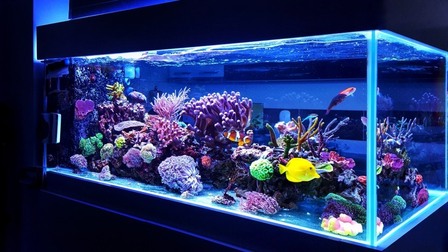 How To Raise pH In Reef Tank Without Raising Alkalinity 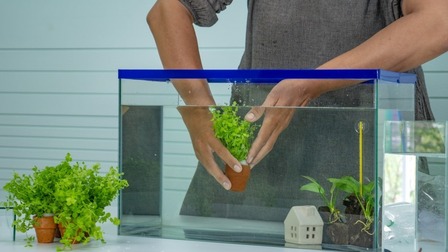 How To Care For A Betta Fish, Tips For Beginners 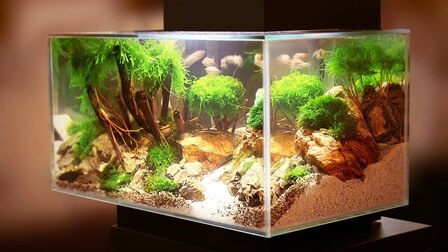 How To Stop Cloudy Water In Fish Tanks? 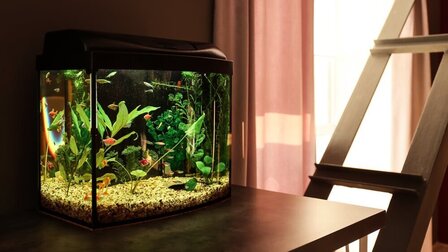 How To Keep A Fish Tank Clean Without Changing The Water? 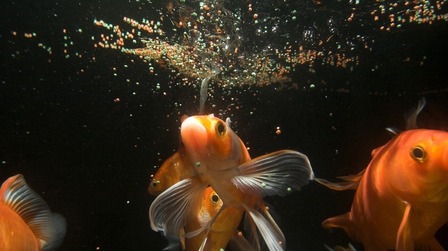 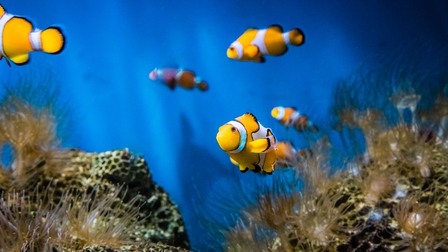 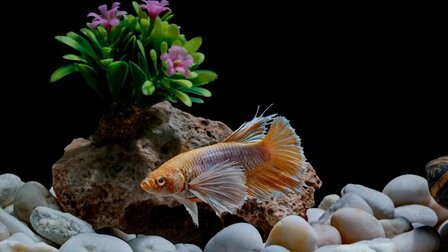 Toxic Plants For Betta Fish That You Need To Avoid 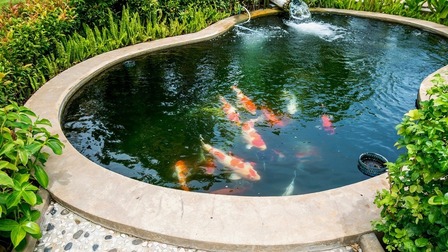 How To Raise Koi Fish In A Pond? 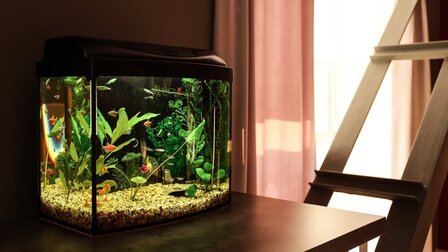 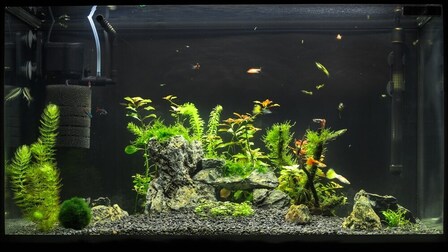 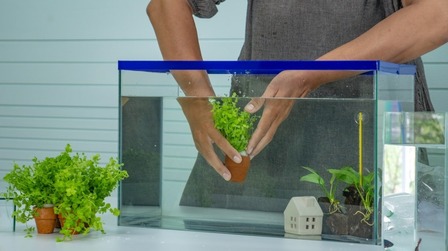