Best Plants For Purifying Air That You Can Grow At Home

Rather than being a lovely addition to your home, houseplants can also make some serious health claims to give you a healthier living area. Keep on reading to see our recommendations on the best plants for purifying air! 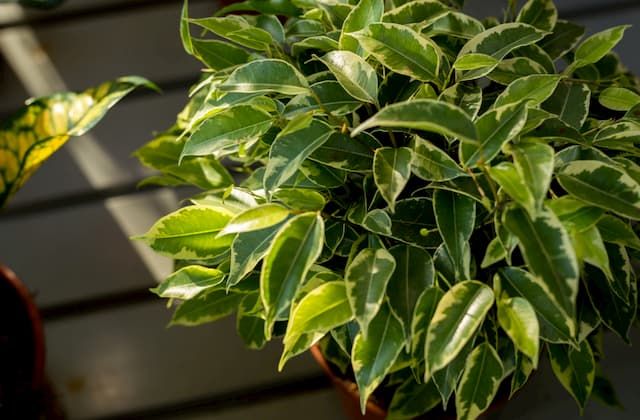 Weeping fig is part of the Ficus Benjamina plant genus with Southeast Asian origin. This popular houseplant since the Victorian era can reach up to from two to ten feet tall when grown indoors and tackle levels of xylene and formaldehyde as well as work effectively at getting rid of α-pinene and octane.

Plant care: You can have your weeping fig work as a trusty purifier for many years to come by keeping them in bright, indirect light and watering them weekly. Make sure that the soil fully dries out between waterings. 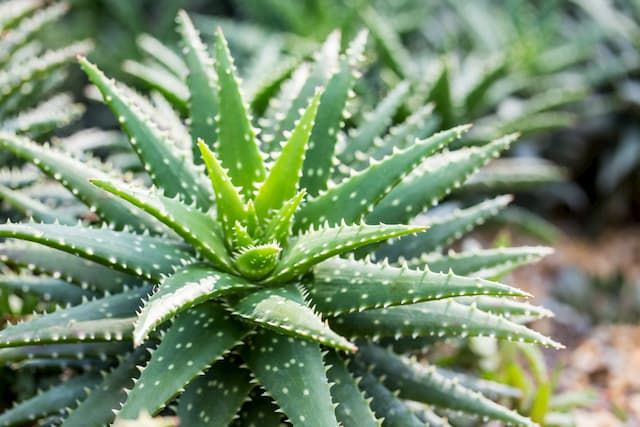 Aloe vera does not only come in handy when you’ve been cut or burnt, but this succulent also turns out to be a good air purifier.

It is believed to be able to remove a lot of harmful pollutants such as formaldehyde, takes up most of the extra carbon dioxide from the atmosphere, and releases abundant oxygen back into the surrounding air.

Care advice: A healing aloe plant is easy to plant and grow without too much care. They thrive in a sunny location or a warm well-lit room. 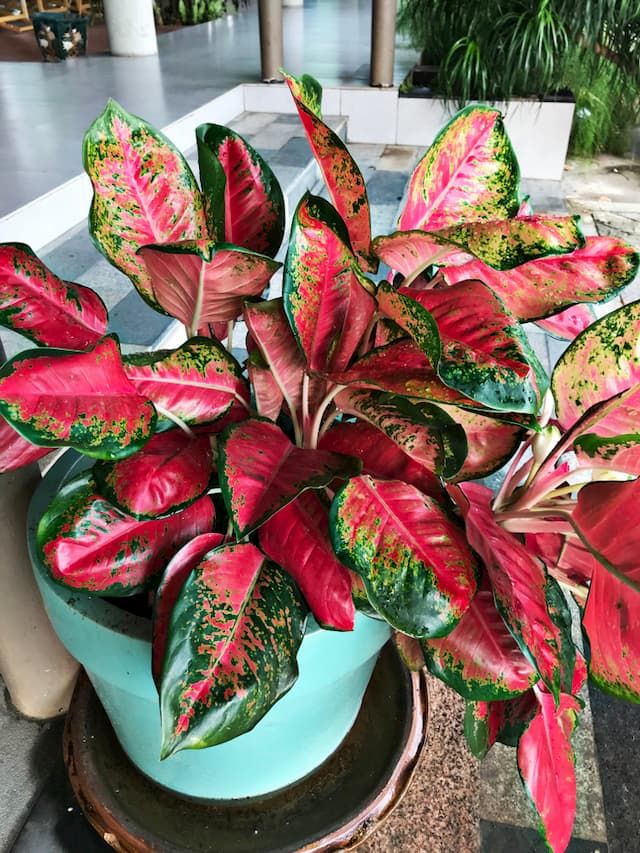 Native to Asian tropical forests, Chinese Evergreen or Aglaonema saves you the worry about the risk and nervous consequences of benzene, xylene, and formaldehyde which are commonly found in cosmetics and detergents.

Chinese Evergreen helps to keep your home’s healthy air quality, but an irritant found in this native of East Asia can be toxic to your dogs.

Plant care: Though the Chinese Evergreen plants are tolerant to most conditions, they grow best in well-drained soil, low to medium light conditions, and humid temperatures. Fertilize your Aglaonema plants twice per year. 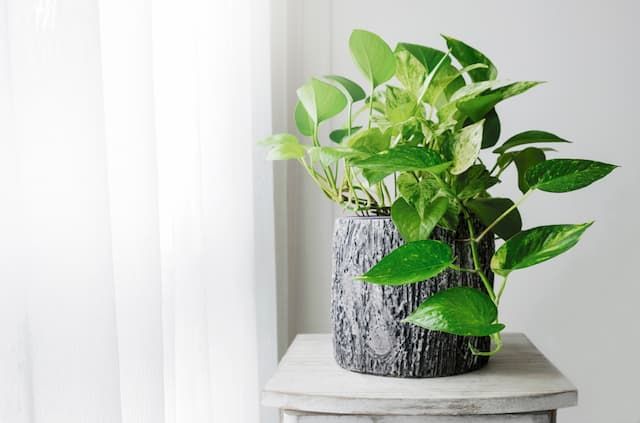 Native to Asia and the Soloman Islands and now grown all around the globe, devil's ivy or pothos is one of the most forgiving houseplants and best plants for purifying air.

Not only does it grow on neglect but it also fights off some common household air toxins to make it much cleaner.

Plant care: Devil’s Ivy is best planted in pots or hanging baskets peaty moist soil and kept near a window, with only indirect sunlight shining down on it. 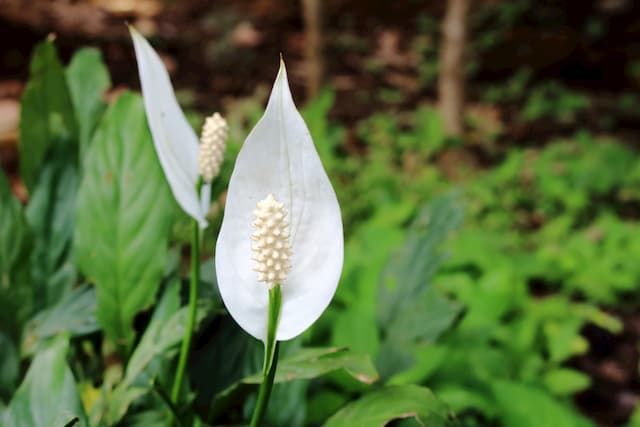 Despite much smaller than other plants on our list, peace lily, also known as Spathiphyllum 'Mauna Loa' still packs some major toxic-gas-cleaning abilities.

This deep, forest green plant absorbs the chemicals found in the air through its leaves and sends them to its roots, where the soil microbes will break them down.

Peace lily is easy to grow and care for. All you have to do is to put its pots in a shady location and only water them when they show the sign of drooping.

NOTE: Like any other flower varieties, peace lily also adds some floral scents and pollen to the surrounding air. So, don’t have a room full of its dark green foliage! 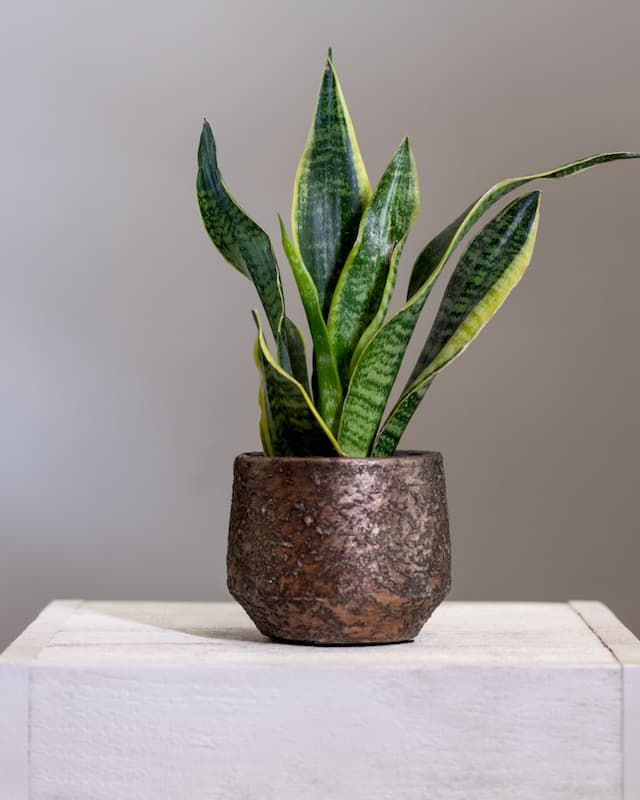 Snake Plant (Mother-in-Law's Tongue) is among the hardest succulents to kill and the best air-cleaning plant varieties identified by National Aeronautics and Space Administration (NASA).

Aside from the ability to filter the air of more than 107 known air pollutants, the yellow-tipped succulent also produces pure oxygen at night, ensuring you a much greater night's sleep.

So this makes using mother-in-law’s tongue for air purification in your bedroom a definite plus.

Though snake plant can survive in some of the most unfavorable conditions and prefers some sun and drier conditions, you need water it occasionally. 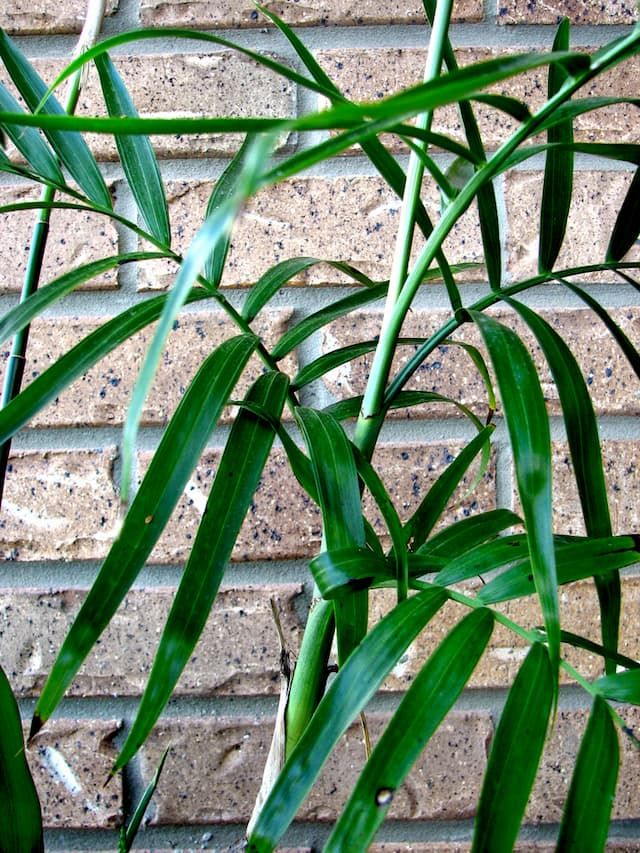 Another common houseplant excels at filtering airborne toxins inside your property is Bamboo Palm which grows from four to twelve feet high making it an absolute superstar of formaldehyde cleansing.

Note: Unlike most indoor additions and air cleaners, these pet-friendly plants do well in an area with a good dose of bright or full sunlight. Keep your soil moist but not soggy. And to avoid spider mites, put your bamboo palms where air freely circulates. 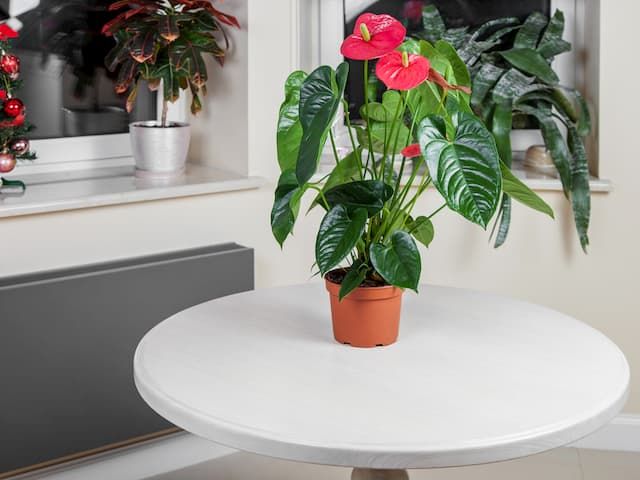 Aside from adding a pop of color to your home, Flamingo Lily is also a natural air-purifying champion.

According to the Clean Air Study by NASA, these hybrid varieties of the Anthurium andreanum species can filter most toxins often found in US homes.

Plant care: Flamingo Lily loves rooms with high humidity and bright indirect sunlight like kitchens and bathrooms. Water it once or twice per week, then you will definitely be rewarded for 300 out of 365 days a year with their charming flowers. 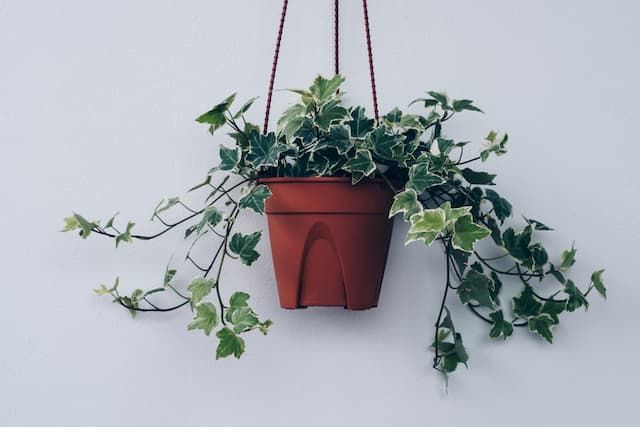 In terms of the best natural air purifiers, English ivy (Hedera helix) is the top pick by NASA. This indoor houseplant is particularly excellent at eliminating airborne fecal particles and combating mold levels in your bathroom and en suite.

Care advice: Water generously during the first periods of growth, but keep it moderate during the colder months. 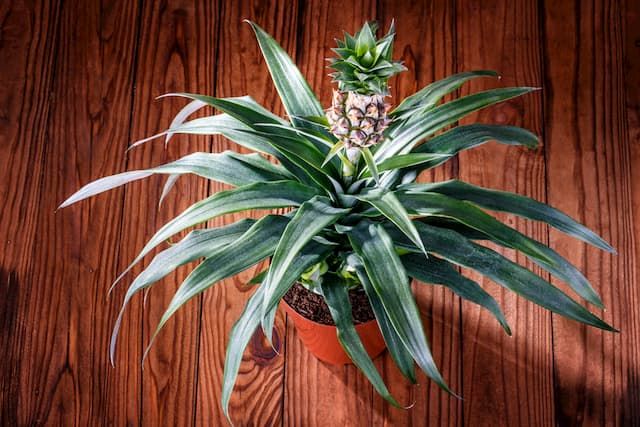 NASA claims that pineapple plants are the key and secret to any peaceful night. Though this anti-snoring houseplant does not remove any airborne pollutants, it releases oxygen and boosts atmosphere quality to cut off those snores and improve your sleep quality.

Plant care: These plants hate the cold weather but can survive with just a little water.

How to make your modern home a healthier and better place to relax? Things have never been easier with the best plants for purifying air. 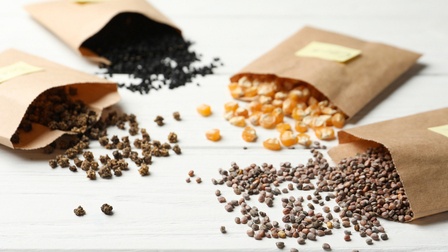 How to Grow a Heirloom Vegetable Garden? 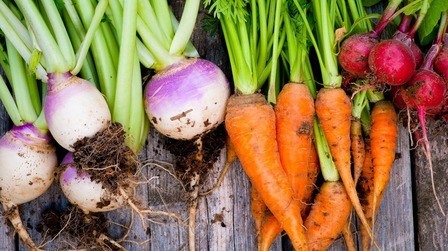 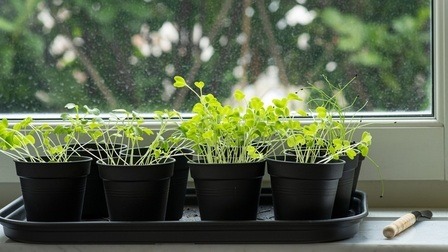 Vegetables You Can Harvest Multiple Times for Endless Supply 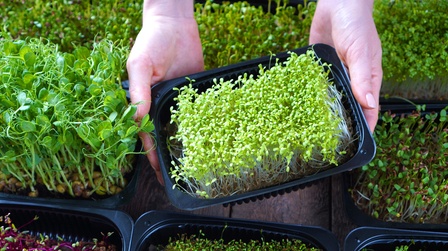 What Are The Fastest-Growing Salad Greens? 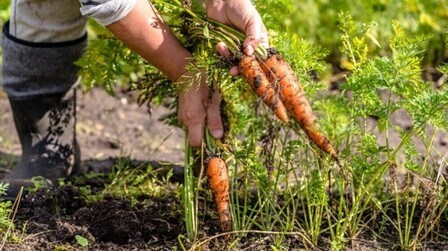 How To Tell When Fruits And Vegetables Are Ready For Harvest? 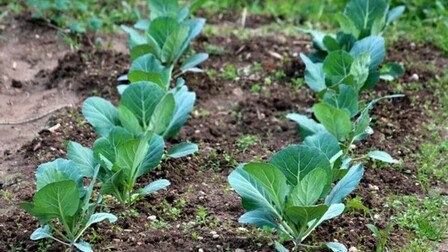 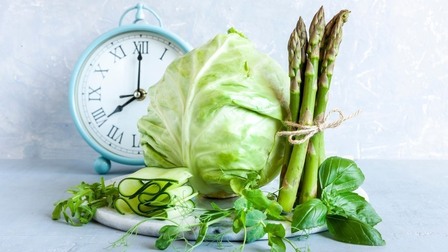 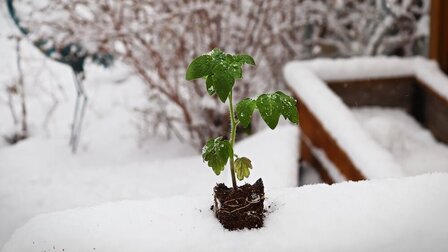 How To Protect Vegetable Gardens From The Snow? 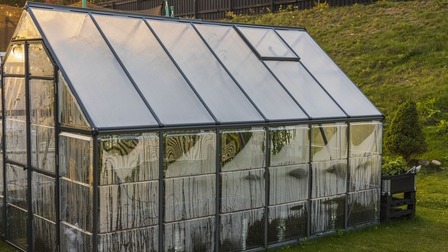 How To Protect Potted Plants From Wind? 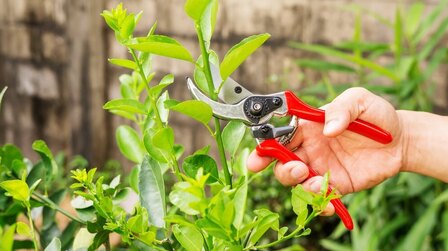 How To Prune A Potted Lemon Tree? 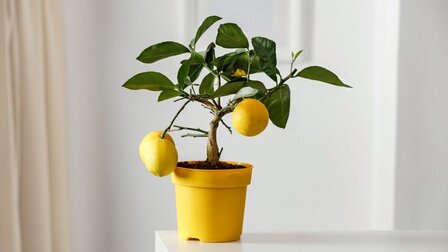 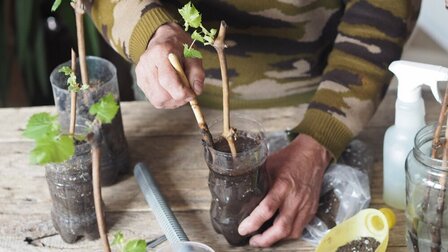 List Of Fruit Trees That Grow From Cuttings
☰